Vancouver – (March 20, 2013) Innovative digital story creators Moving Tales are releasing a new experiment in online story sharing April 3rd, 2013. Renowned for expanding storytelling in the digital era, Moving Tales is re-issuing its first Ebook children’s title, “Elly’s Lost and Found Sounds”, as a free Web App. Expanding on their best selling and critically acclaimed iOS apps and iBooks, like the bestselling “The Pedlar Lady of Gushing Cross” in which the company re-imagined an age old fable for the iPad and iPhone through filmic animation and multiple languages, “Elly’s Lost and Found Sounds” Web App allows Moving Tales’ to continue exploring what a digital story can be and how interactive ideas can be spread and sustained online.

To This Day Project and Shane Koyczan

‘To This Day’ Video has Gone Viral

Wow. Have a look at this 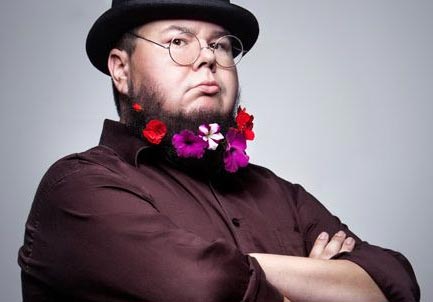 Many many animators donated their time and worked in collaboration with the volunteer efforts of Vancouver design group Giant Ant over a mere 20 days to create an impressive variety of multiple animation segments which were strung together to produce the incredibly successful and poignant To This Day video. The animation went viral and is now approaching 5 million views in barely a week. … Read More »

Collaborative Spirit and other Storytelling Essentials

How We Build Stories at Moving Tales

Conventional spoken storytelling is collaborative in that the tales are handed along and developed over time. Every telling is unique and requires a listening audience to become meaningful. We believe that digital stories are no exception: they too develop over time, and are created through the collaborative efforts and disparate skills of many individuals, each of whom brings his or her own perspective and creative signature to the projects.

At Moving Tales, all aspects of production, from the written narrative, to the creation of images and ambient sound form part of a collaborative call and response process as the stories are developed.  The written narrative is seldom fixed from the start, but rather expands and contracts in the call and response process as the images and sounds are developed around it and woven through it over time. This method is unique as opposed to writing in isolation.  … Read More »

The Technology of Sticks and Pigment

You could say the relationship between storytelling and technology goes back a long time – that the first stories were told in caves and in the sand, and the first ‘technologies’ were the sticks and the pigments used to draw them.

There is clearly a shift taking place towards a multi media approach to exploring, developing, sharing and preserving stories, both age old and modern tales. These intersections present all sorts of possibilities which challenge us to question the nature of what constitutes narrative storytelling in its many manifestations as it evolves in the digital age. … Read More »

“We are excited to release the Enhanced Ebook Trilogy collection of the three tales from our beloved storytelling apps of the same names”, said Moving Tales’ Matthew Talbot-Kelly. “We brought ‘The Pedlar Lady of Gushing Cross’, ‘The Unwanted Guest’ and ‘This Too Shall Pass’ together in one amazing feature rich Ebook volume.

In addition to the completely reformatted wide screen … Read More » 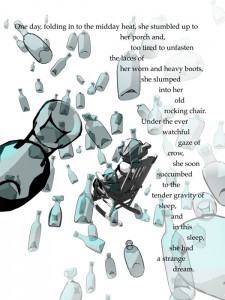 Last week we had a very rare critically misrepresentative review of our “Pedlar Lady of Gushing Cross” app. In the article “How Interactive Ebooks Engage Readers and Enhance Learning”, the writer attempts to characterize “The Pedlar Lady” as not offering “any real value through interactivity”. Not only does this statement ignore the substantive interactivity in our apps, the authour chooses to ignore any educational merits in the app. (Just one example: as in all of our apps, with “The Pedlar Lady” app, a user can record their own voice to be heard alongside the provided music, sound effects and animation.) Needless to say, I find this kind of unsubstantiated journalistic “criticism” frustrating. But we can’t win – if we let the misrepresentation slip by unchallenged, it may compromise our critical presence in the digi-sphere. Yet if we respond to point out the error, we can come across as defensive and thin skinned.

With so many of the available “interactive ebooks”, the interactivity jarringly interrupts the user’s immersion in the story. Sometimes less is more. Just because one can add a gratuitous interactive moment in an app, doesn’t mean one should. We are not interested in prioritizing mindless interactive stimuli over the potential immersive qualities of the exciting new kind of storytelling experience offered by devices like the iPad. From our point of view, it’s about intention, about having the technology serve the narrative opportunity, not overwhelm it. It’s about balance, selection, editing. It’s about substance and presence. It’s about presenting a rich and resonant experience for those who give it time. … Read More »